Well, the Groovy Pad is nearly finished – should be this week. Just as bloody well, the Responsible Adult and I are freezing in La Studio. I accused her of keeping the red plonk in the fridge today it was so bloody cold. Will have to get out the old mulled wine recipe out tomorrow. Anyway with the joys of living on a sloping paddock comes the added joy of retaining walls. So I just had a bucket load of sleepers delivered in readiness to construct a wall. Good mate has lent me his trailer so I can go and get cement mix and I should be in business by the weekend (unless we are moving in). The good news this time is that the truck was able to get very close to where the action will be, so I don’t have to shift a couple of tons of timber. The posts have been cut, so I guess next step will be the extremely fun job of digging holes.
If you want to drop in and do some digging, feel free.

Bringing back from Bali – Ganesha

Our first piece of the Balinese goods has now been installed. I didn’t buy a stand for Ganesha and of course now wish I did. So instead, I made a 600mm square platform out of some old decking boards taken from good mates building site 10 years ago. I then thought Ganesha would like a sunken garden to look on so built a 600mm frame to put in the ground. I’m quite happy with the result and am looking forward to wet season so a bit of moss will grow on him.

Not sure why I keep trying American crime. It doesn’t do it for me. In this one, our heroine is a homicide detective. She is drop dead gorgeous and wealthy. She is a shot first and ask questions only when necessary type. Her assistant is an FBI profiler who doesn’t do a lot of profiling. But he is drop dead gorgeous and probably wealthy but we aren’t told this. Also in the mix is another profiler. She is drop dead gorgeous and wealthy.
So for a start, give me an honest British crime solver. They are usually not that good looking, have personal problems and drink lots of tea. But at least they are normal humans.
I would hate to write a ‘what is wrong with the plot’ scenario, but it wouldn’t be hard. There is a shit load of co-incidence in the plot. Let the quote tell it all “Tell me again, it’s too fantastic for words.” Sorry to be harsh, but I can see why the Americans are embracing crime from Sweeden etc.

I was a bit reluctant to pick up a Stephen Fry novel. Not sure why, he is witty and intelligent and an insatiable desire to acquire knowledge. But perhaps he is a bit up himself.
All these attributes come out in this novel. It starts off really, really well. Intriguing. Then we work out it is the Count of Monte Christo set in the 80’s. This was a bit disappointing as it had seemed we were onto something quite original. In the retelling, Fry is witty and can’t help showing off his substantial knowledge. But we need to accept some pretty big co-incidences and at times the book feels overwritten. Nothing wrong with his characters and the plot does move along.
The comedy disappears towards the end as the revenge part kicks in. The main character who was presented as very likable turns more than a bit nasty.
Good read for a Sunday arvo after your weeds have been controlled.

While the groovy pad is being built, there are tradesmen whizzing in and out. Tradesmen are not known for careful driving and tend to whiz rather quickly up and down the driveway. At the paddock, we are always concerned for wildlife which doesn’t work well with whizzing cars.
So the other day, I was out and about, productively weeding, when I noticed a snake on the driveway. I went up to investigate and the snake pretty much just stayed where it was. I gave it the once over looking for an injury, but it seemed OK. Then I worked out that due to the slope, the poor bugger couldn’t get much traction on the bitumen. Most of his muscle control was being use to stop him from rolling down the hill. How embarrassing for the poor bugger. So I picked him up and moved him off the driveway. No thank you from the snake, but I’m hoping that he will knock off a rat or two in return for the favour. 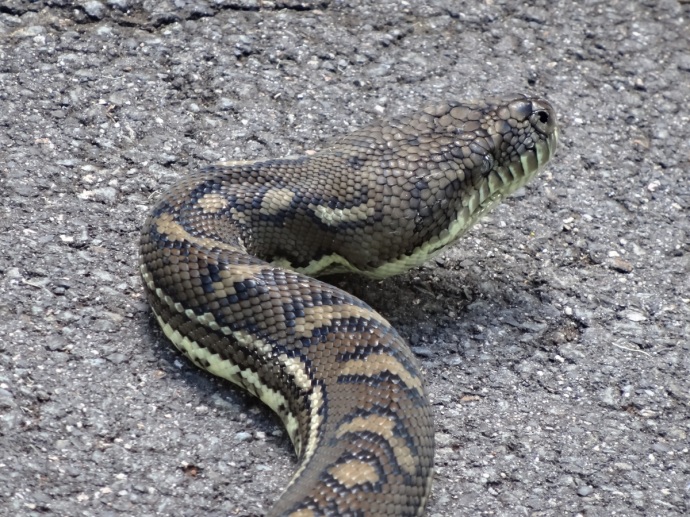 Well that was not as much fun as I thought it would be. There was an old rule of thumb when I was a boy that you would double the price of your overseas goods to work out what it would cost to get them to your house. Forget that. We paid around $1500 in Bali and the total cost was a tad over $5000. That was all good as it was still less than just the cost of the bath in Oz. So long as it all got here safely.
We had a fair bit of problems with the customs agent hassling over original receipts. It seemed they didn’t believe that we owned the goods, but finally they explained that Bali shipping companies usually falsely report the cost of goods to help importers reduce duty. Sure enough when we found the original receipts, they were about double the reported price. Anyway, by the time all this got sorted out, it was time for it to leave storage or start paying extra for storage. So I asked for a quote to deliver it to our house, which was $420. Seemed pretty expensive, but I didn’t have too many options.
They sent a rather large truck with a driver who had difficulty negotiating our driveway and I heard at least one large crash as he hit his brakes. He refused to come all the way to the house. I then noticed that he was it – no offsider for 10 packages weighing 600kg. Then I noticed he had no trolley. Then I noticed that only the bath had been tied down. Then I noticed the this way up signs were upside down. None of this bode well. Let’s just say he was pretty rough.
The first package I opened was one of the big vases which was totally smashed. Goodbye $135. The other big vase has small cracks which may be filled and fixed. One statue had small damage – not a big deal. It would all be OK if the bath was OK. The bath wasn’t OK. The base was smashed on one corner and it had severe cracks.
The good news for us is that our builder is a real fixit type and he has done a fair whack of reinforcing the base so that it should be usable. As for the facade, we are thinking of a timber surround filled with river rocks to make it look pretty. More on the bath in a couple of weeks when we have a go at installation.
Overall, I would only import again if we bought enough stuff to fill a container or half container. At least that way we wouldn’t have dickhead Aussies bashing our stuff around.

A redneck in the paddock 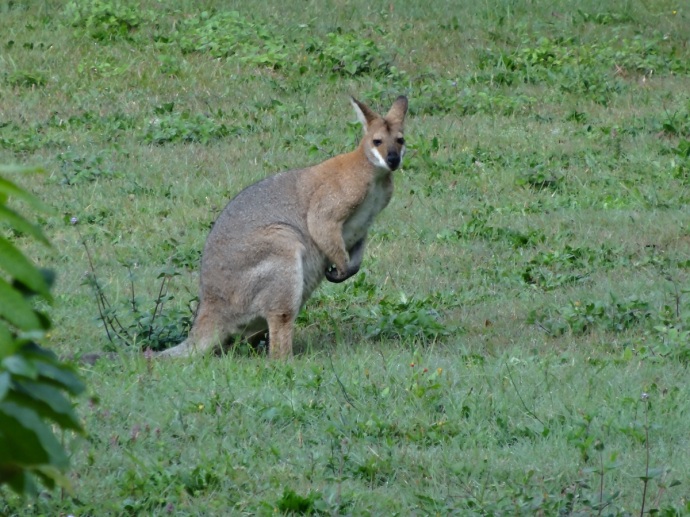 lovely has taken up residence in the paddock. It is a redneck wallaby. The redneck doesn’t hang around in pods, preferring a solitary life perhaps of contemplation. They come together from time to time to mate where the males do that boingaroo boxing thing that they do. But after the fighting, they make up nicely. Anyway as the redneck likes to eat dandelions, I am just glad to have some help with the weeding.

The Streets of Laredo – Larry McMurty

I wouldn’t normally go near a Western, but I have been wanting to read one of these books ever since the mini-series Lonesome Dove was aired. This is a lengthy book and is, on the whole, character driven. Of course there is a plot – good guys vs bad guys, but the lines can become a bit blurred. If our main good guy gets into a rage, he is likely to beat the object of his rage to death. It is also very bleak. There may have been a female character who hadn’t been raped (and most multiple times) but I can’t recall one. Most had been beaten and plenty of them murdered. Children don’t escape either with rape, torture and nasty deaths happening at regular intervals. It is also a story about old age and its effects. Our hero has become quite elderly and arthritis and failing eyesight are as much his enemies as the psychopaths he is hunting.
The characters are well drawn, but it is difficult to feel empathy for the male characters. The female characters mainly show great strength and compassion in their hideous world.
I will read another one of these one day and would recommend this book – but don’t expect any laughs. 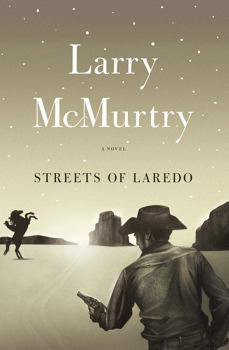 Sorry, John Rector, I couldn’t get through your book. This is a murder mystery told in the first person by a character with problems. His main problem is that he has a mental illness, but his greater problem is that he refuses his medication and can’t remember his aggressive outbursts. He finds the body of a young woman in his paddock and decides that he needs to discover who killed her himself. The body is left to the elements while he hits the booze – which is rarely helpful mental illness or not.
After about a quarter of this book, I found myself disliking this bloke so much that I just didn’t want to go on. It is very sad that some people are afflicted by mental illness, but this character is unlikely to progress any cause toward generating empathy for this tragic problem.
Time for me to move on.

Absolute ripping yarn territory. A time traveling serial killer – what else do you need? Like any time travel book, you need to keep your wits about you. The story is told in an almost linear manner – from the perspective of the characters – but not quite. The characters are given dimension, even those who appear briefly and are then slain. The dialogue is snappy and enjoyable. The research into previous times is thorough. This is a real page turner and I found it very hard to put down when the paddock chores were calling. Perhaps not a book for the squeamish, but a real treat for me.