Until I Find You John Irving

Here’s a big one – about 800 pages, so it either requires a big investment of your time or will provide you with hours of entertainment. Depends whether you’re a John Irving fan or not. I am.

The story revolves around Jack Burns, a precocious four year old, who remains that age for about half the novel. He and his tattooist mother hunt around Europe for the father that abandoned them. He is easy to track – a gifted church organist with a tattoo addiction that seduces young girls, then has to leave. Between the churches, tattoo parlors and young girls, his trail is not hard to follow. But they always arrive just after he has left.

Even as a boy, we find that Jack has his fathers lady killer looks and he is desired by girls and women alike. Finally, at age 32 Jack goes in search of his father retracing the steps his mother took when he was 4.

Not going to tell you any more as it would be unfair to you to spoil the plot – will Jack find his father? I did have trouble liking Jack – not as a child, all kiddies are likeable – but as an adult he seems emotionally isolated. But you don’t always need to like a character to like a novel.

The pace is slow – it’s a wandering novel, full of the coincidences and twists expected of John Irving. Perhaps not his best, but a good long yarn.

“Life forces enough final decisions on us. We should have the sense to avoid as many of the unnecessary ones as we can.”

Not sure why I jumped into this one. I don’t normally do American Historical Fiction (as a genre – don’t know enough about the place) and I don’t often do debut novels, but I’m glad I did with this one.

The novel is set in a time when there was no USA and North America was just a sub-branch of England. I also find it appealing when an author writes about their own family – Kent is the 10th grand-daughter of Martha Carrier, dubbed the Queen of Hell. Of course it is the Salem witch trials – although the Carrier family hail from nearby Andover. The novel is narrated by Martha’s daughter, Sarah and is very slow to start. The author gives us great detail of life in the village. While slow, I found it to be of great interest and it demonstrates how a community living in harsh conditions can come to great jealousy and petty resentments. And of course without those great entertainers television and tablets, what else is there to do but observe those around you in great detail.

About half way through, a combination of stupid young girls, over zealous preachers and a population looking to lay blame for the harshness of their conditions combine to give us the trials. The author doesn’t dwell on the trials themselves – just enough to show us the stupidity – but does give us a lot of detail about the conditions of the prisoners. It’s way beyond a tough life in jail.

Perhaps overall, it’s a coming of age story of discovery about parents, siblings, relatives and friends.

It is very well written – give it a go.

So, as I travel through reading Booker Prize Winners, I sometimes wander off the track to nominated books that didn’t win. In 1982, the winner was Schindlers Ark, but this must have given the judges something to think about. This one is set in East Africa during the first big War and is not so much of a ripping yarn as a literary study into the lives of two brothers together with an American entrepreneur.  But don’t be put off there is plenty of plot to keep you turning the pages.

It is a satirical piece – not going so far as say Catch 22 – but still showing the ineptitude of the military with the characters being seriously belted about by circumstance. Look out for Wheech-Browning, bad things happen whenever he turns up. The characters sex lives (such as they are) are rather British and perhaps amuse rather than titillate.

I guess most of us think about WWI as the Western Front or perhaps the ANZAC assault in Turkey and that Africa is a footnote to be found in great movie The African Queen. So the subject matter here provides some great interest.

Each of the three main characters has a separate narrative which converge nicely, however the character Smith does seem to fade a bit. Perhaps the editors got to it. It’s a big book which some may find slow, but I found it to hold a great deal of interest in the characters and their perilous time in Africa. 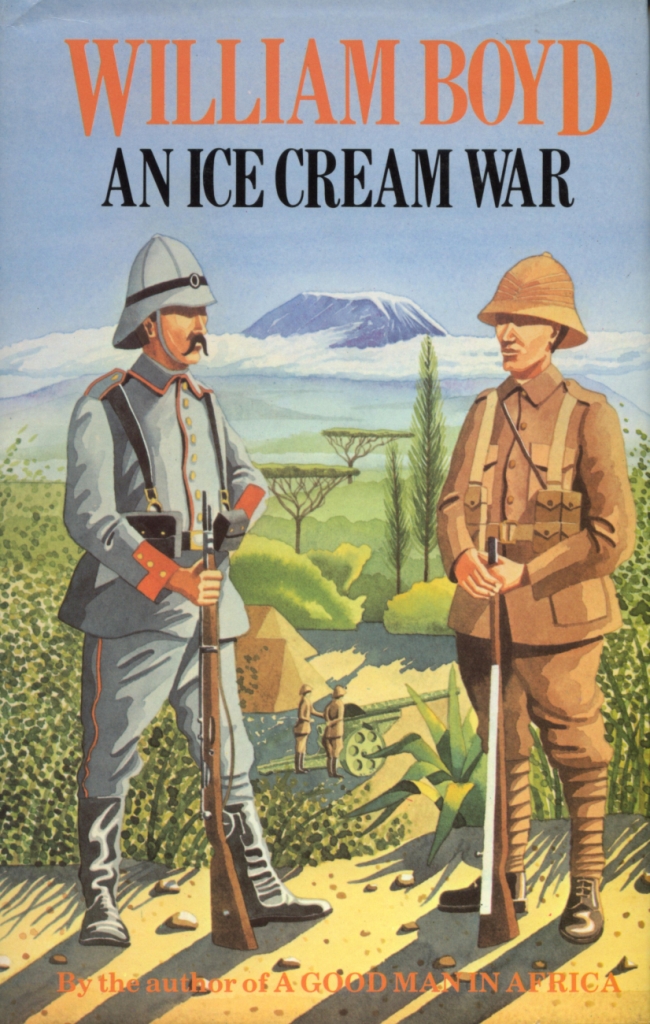 Your Prince has been unwell following his return from exotic adventures in Vietnam. I’m blaming the exotic airports with their closed in air environment. As a result, there has been much laying around and some considerable bouts of sitting on the throne, allowing much time for reading, but little inspiration for blogging. Enough of this self misery…….Is Barbara Kingsolver fantastic or just fabulous or perhaps brilliant. What a ripper of a yarn and so many words constructed in a fashion to die for. What a master of metaphor. You may be getting the impression that I really liked this book.

OK – roughly – a boy with an absent American father and a self absorbed Mexican mother is pretty much looking after himself in Mexico. Through his desire to learn pastry making, he becomes a plasterer for the great Diego Riviera then back to a cook for Riviera and Frida Kahlo. But his passion is for words which sees him take over some secretarial duties. Along comes Leon Trotsky and etc for the first half of the novel. He then moves to America and becomes a successful author, but the USA is headed down the path of McCarthyism.

This book had me hooked from the first page. The characters come to life beautifully. Some of the historical events, such as the Bonus Marchers had me searching the web for more information. This particular unbelievable event has to be believed – ithappened – perhaps not to the extent of the descriptions (or perhaps history has been tidied up for public consumption and the author knows better). But even so, it was a dark period for the US. Having said this, US readers should be aware that they may find some discomfort with events that occurred around 90 years ago.

Can’t wait for my next Barbara Kingsolver novel.

The quote. Hard to pick from all the gems on offer. I did like the one about people who think the day is good aren’t paying attention, but will go with the one from Frida:

“The most important thing about a person is always the thing you don’t know.”