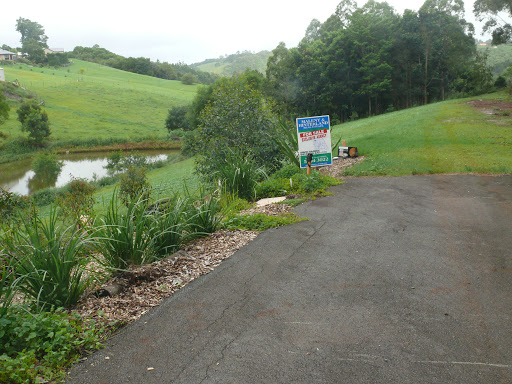 So, back in 2000, our Council released a new plan. The area around the paddock was included for development. This was a response to the community who wanted land allocated for co-housing type development. The idea being to create a couple of additional suburban size lots on your land with the bulk retained to grow rainforest. One by one our neighbours up and down the street subdivided, but not in the co-housing model – just straight sub-division. We went from cow paddocks to acreage lots. In 2006, after pretty much all our neighbours had sub-divided, we decided that we would too. So six years later and a rather LOT of expenditure, we have the Cubby House paddock, La Studio paddock and the third paddock. The third paddock is for sale. If you’re interested, just call out. I’ll welcome a buyer with a glass or two of Shiraz.